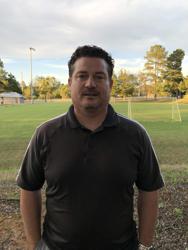 Paul Tedesco began his soccer career in Omaha, Nebraska at age five. He played on the Nebraska state select team in 1986. Paul then moved to Huntsville, Alabama where he started playing club soccer for the Green Mountain Cougars winning a state championship in 1988. He played on the Grissom High Varsity Soccer Team winning a state championship in 1990 and was a finalist in 1991. Paul played collegiate soccer at the University of Alabama in Huntsville from 1991-1994. He also played professionally for the Chattanooga Express in the USISL in 1995 and 1996.

Paul has coached club soccer for over 10 years and has led his teams to multiple state championships and numerous tournament championships and finals. Paul took the USC 96 boys to win the U-18 Division I State Championship in 2013. Paul currently holds a USSF "C" Coaching License.