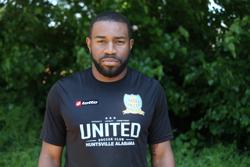 Coach Shields begin his collegiate career playing at East Mississippi Community College, where he was a two-time All-State player.

Josh gained semi-professional experience while playing NPSL for Chattanooga FC in 2011 and the Mississippi Storm during the 2012 and 2013 seasons. Josh previously coached with Blast FC in Fairhope Alabama and has been coaching with USC since 2014. He currently hold a USSF C Coaching License.