Why train with United Soccer Club?

USC setting the standard of top level soccer in Alabama

United Soccer Club continues to lead the way in North Alabama youth soccer.  Take a look below at the tremendous success of our teams in Alabama State League, Mid South Regional League, and USYS National League in Fall 2019.

For more information regarding USC, email Rusty Campbell at info@unitedsoccerclub.org. 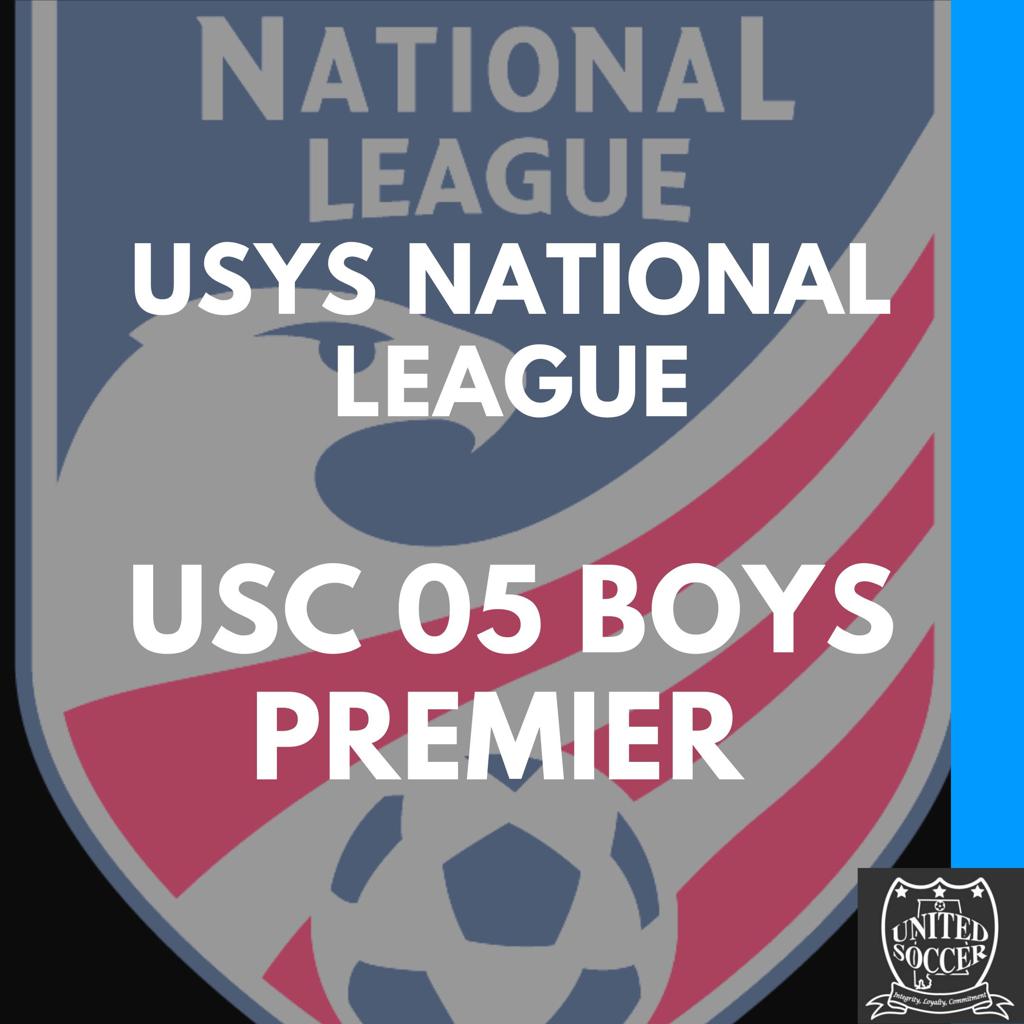 The US Youth Soccer National League competition is for the nation's top teams in the 14U, 15U, 16U, 17U, 18U and 19U boys and girls age groups. The 14U through 18U divisions consist of up to 32 teams per gender age group, while the 19U age group features up to 16 teams for each gender. The National League offers additional exposure to collegiate, professional and U.S. National Team coaches and offers the highest level of competition in the country as each team must earn their place in the league.

USC is extremely proud to have the USC 05B Premier team representing Alabama Soccer in the USYS National League for the second year in a row. 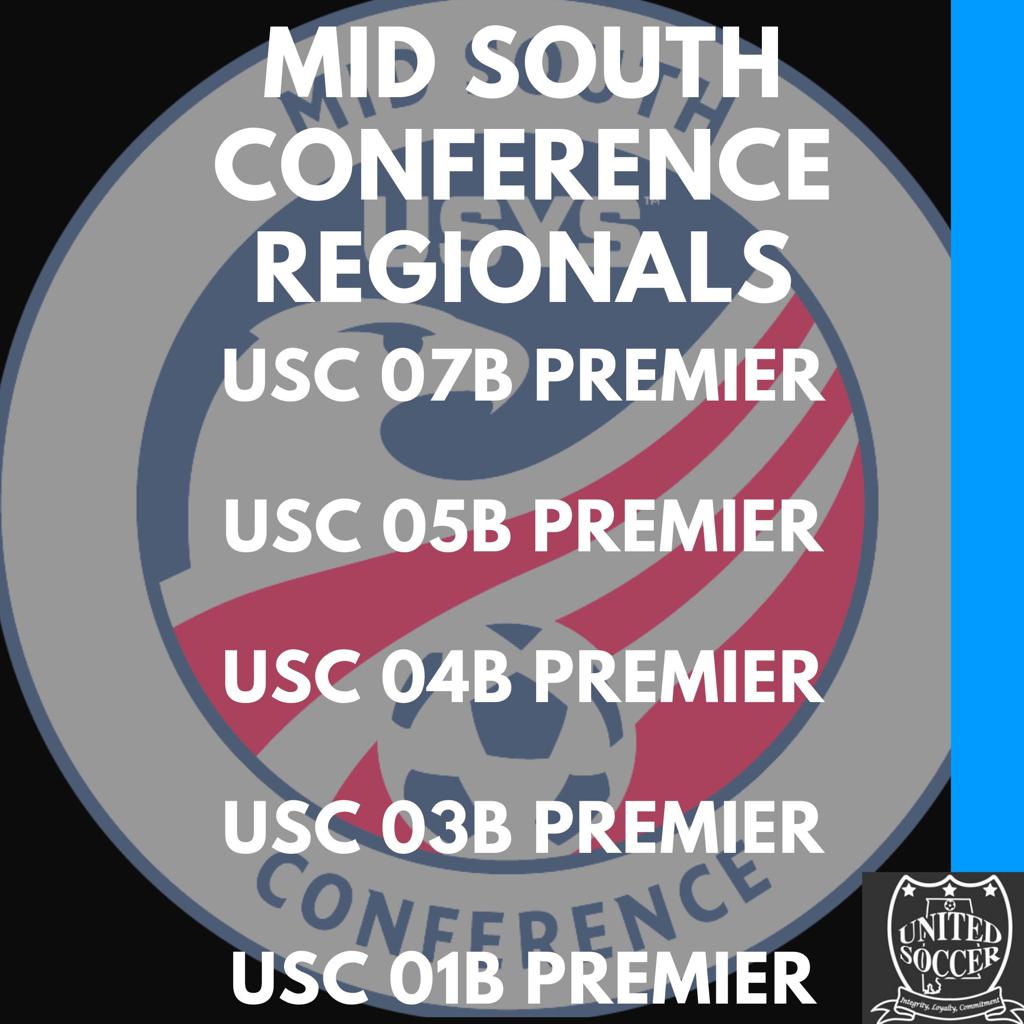 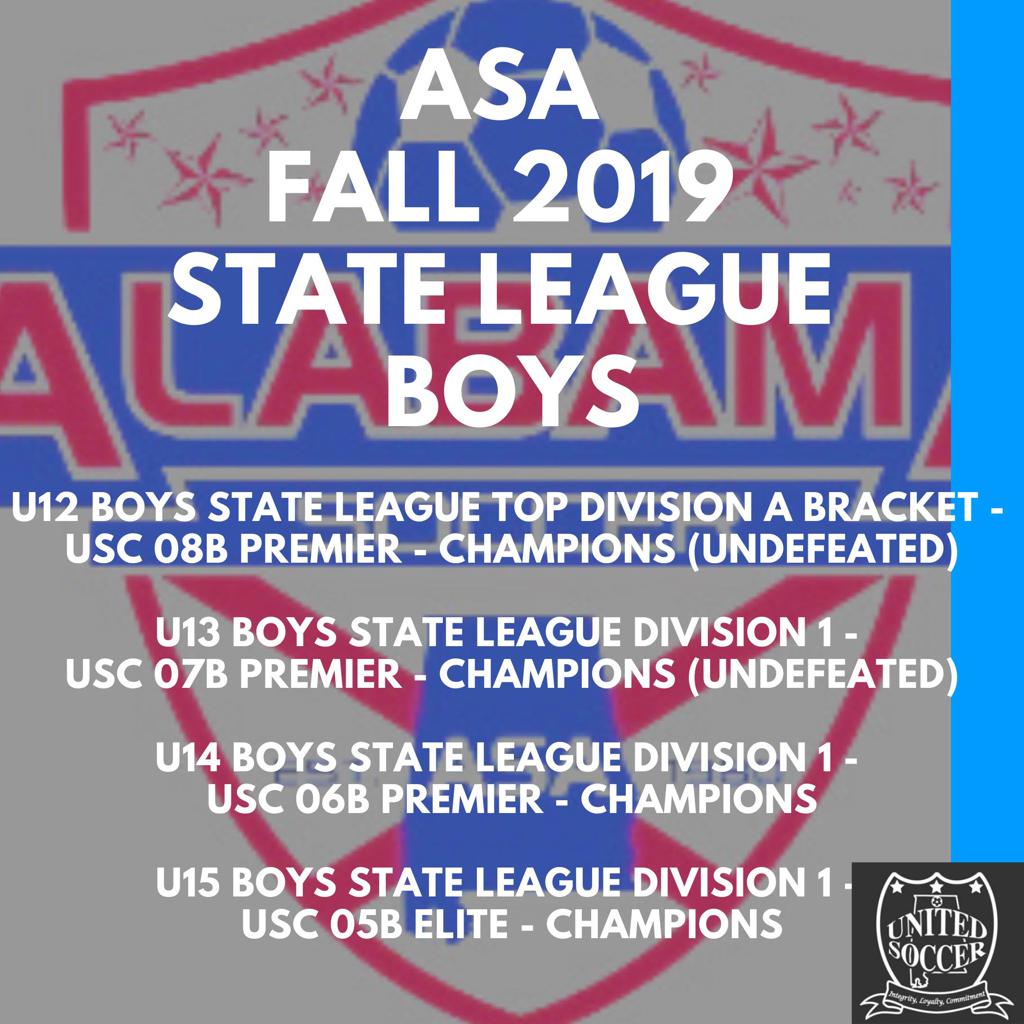 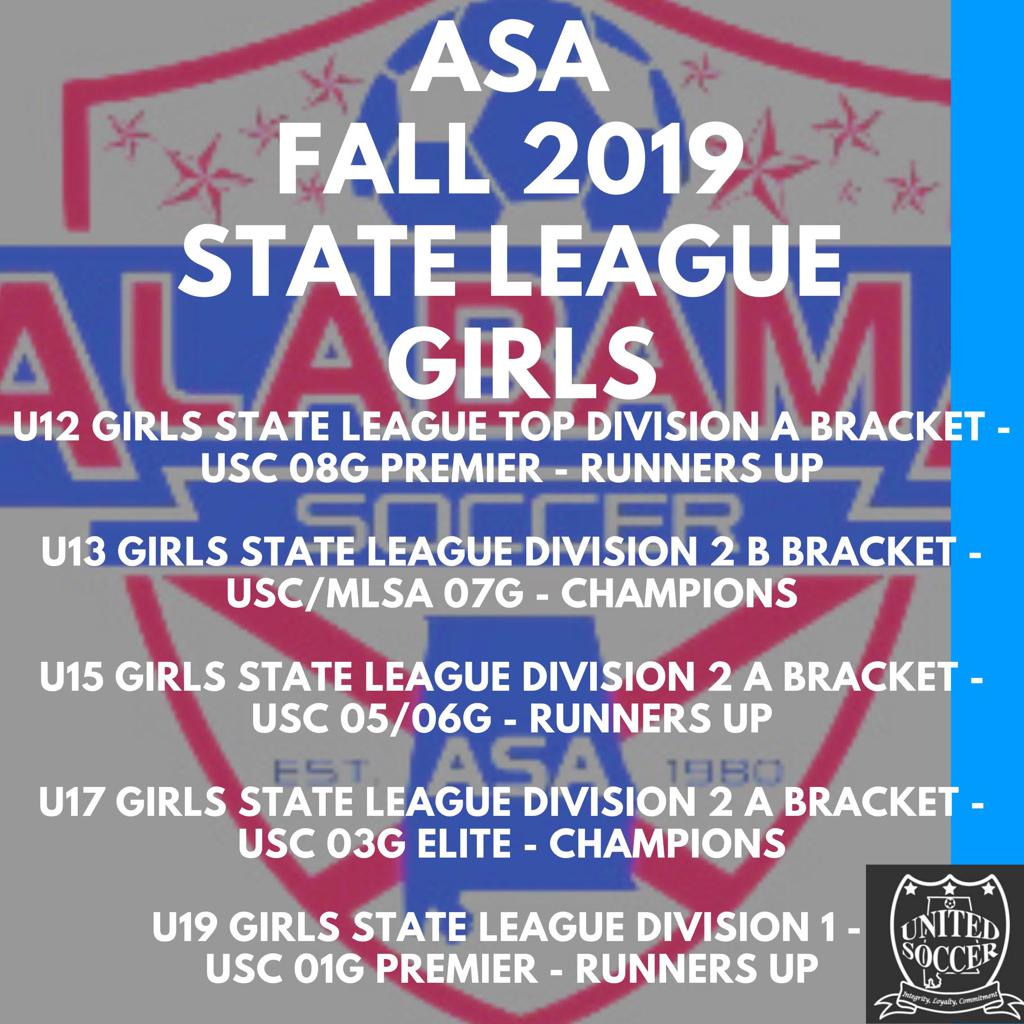 The Alabama State League is where all USC teams from ages U12 through U19 compete. It is a league where all the top club teams from the state of Alabama compete each year. United Soccer Club has a history of developing the top players and teams in North Alabama, as demonstrated in the success of the program across the state in state league play for girls and boys in all levels. Performances in state league play seed teams for the State Tournament at the end of the season. Take a look at the success of our teams in the Fall State League season. 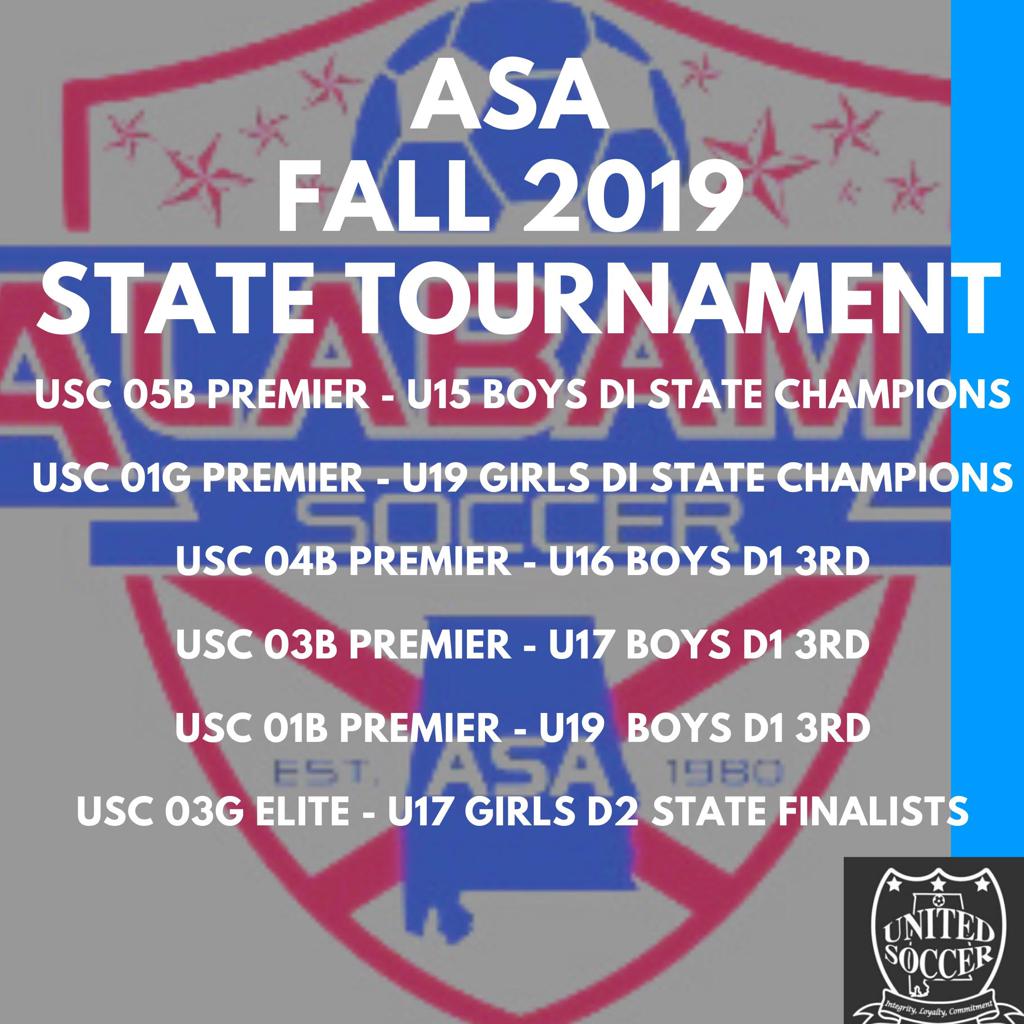 The ASA Tournament takes place at the end of the Fall season each year for all boys and girls teams U15-U19. The winners of the state tournament advance to Regional Championships each summer, and qualify to play in the MidSouth Conference Regional League in the following seasonal year. Take a look at how USC teams finished in the Fall 2019 State Tournament.